I don’t think I need to remind you of the COVID-19 pandemic and how it has affected our way of life, in a way that no one could have predicted. I don’t like to dwell on this, but instead to have more happier thoughts.

As a member you will know that the main aim is to promote the history of Scottish Brewery, whether it be the past, present or future. We do this in a variety of different ways, with the Newsletter, Annual Journal, events during the year and by giving talks and walking tours. Unfortunately, some of these activities have been curtailed this year. As a result, it is even more important to ensure the Newsletter and Journal continue, so please get in touch with any ideas or information you may have. It may be a photo or perhaps a question, if so, please contact Ivor Reid our Secretary.

This year’s Journal is almost complete thanks to Robbie our Editor, however at this moment not sure when it will be printed, but will keep you informed of its progress.

I would like to offer you a beer, but the best I can do just now is to show you a picture of one. It would be good to hear of what beers you have tried during the lockdown period. It may be a beer you have not tried before or perhaps one of your favourites.  I for one have ordered different beers from some of our corporate members and delivered to my door, which is great.

As members please keep in touch, it would be great to hear from you.
Take care and keep safe. In the meantime, I hope you enjoy the articles and updates below. 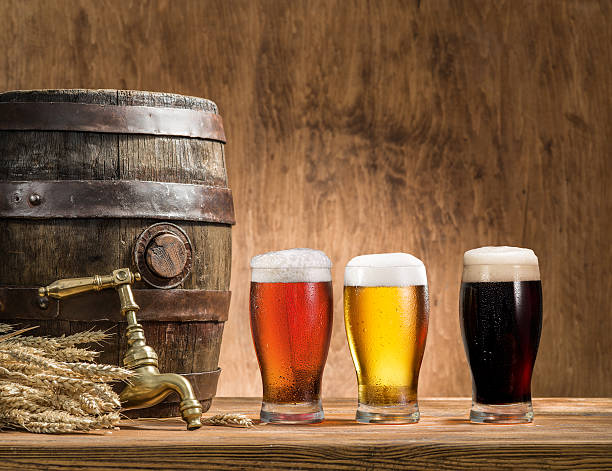 This Steeple Engine was used at the St. Leonard’s Brewery in Edinburgh between 1868 and 1931. Its purpose was to pump the water from underground for brewing purposes. It is now on display in the entrance hall of the National Museum of Scotland in Chambers Street, Edinburgh.

Its name is derived from the fact that it resembles the shape of a church spire, i.e. steeple. 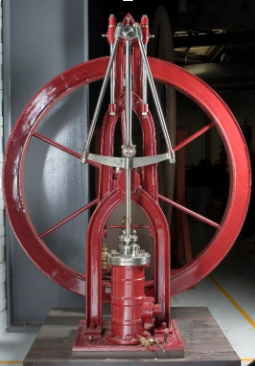 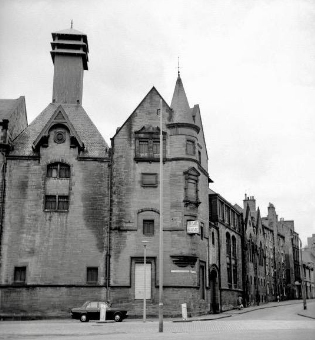 St. Leonard’s brewery was owned by George Mackay and located on the corner of East Crosscauseway and the Pleasance.

The brewery was established in 1867 and registered as a limited liability company in 1908.   G. Mackay & Co. Ltd took over Gordon & Blair, another Edinburgh brewery in 1954.

In 1960, Mackay & Co. under the name of Gordon & Blair, went to court over tax assessments for the years 1956-59.  They lost the case and the subsequent appeal and found themselves in financial difficulties.  As a result, they were taken over by Seager, Evans & Co. in 1960 and resold to Watney Mann the following year.  Brewing ceased in 1963 and the brewery buildings were replaced by flats.

Just to keep the grey matter mashing  – the answers are at the end of the newsletter.

This is your July teaser. Clue, it’s now a rather dull Asda.

Congratulations if you correctly identified the Brewery in our last newsletter as William Murray & Co. Craigmillar No.2 Brewery.

The Brewery in the distance is Drybrough’s. One of the seven breweries operating at Craigmillar.

No identities submitted for the range and types of vehicles on display. 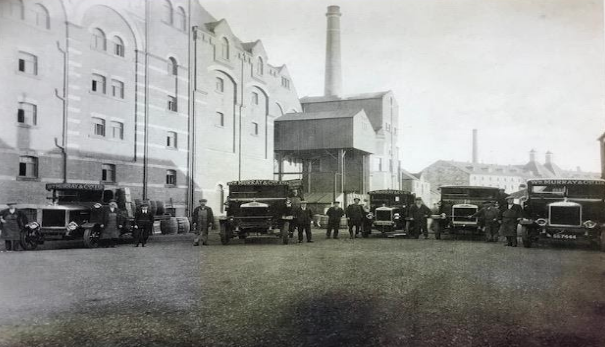 “The breweries of Craigmillar” were featured in an excellent two-part SBAA Journal article by Bill Brown published in 2014/15, Below is an extract on William Murray.

The company was acquired in May 1960 by Northern Breweries, later United Breweries Ltd. of York & London which merged with Charrington and Co Ltd in 1962 through a holding company, Charrington United Breweries Ltd. It continued to brew until May 1962 when brewing was transferred to Aitchison Jeffrey Ltd, Heriot Brewery, Roseburn Terrace, Edinburgh. Bottling and malting continued at the North British Brewery until its closure in 1964. 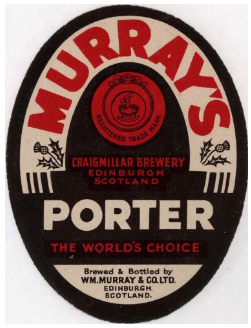 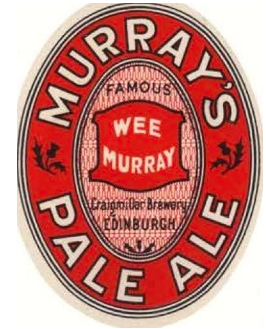 The SBAA has 12 corporate members , most involved in active brewing at this very difficult time.  In response to our “support our brewers” message we would like to thank the SBAA members who contacted the Secretary to say they had tried and enjoyed their on-line services. A special mention for Stewart Brewery’s St Giles, 80/- & Radical Road, Lager. Plus the Edinburgh Beer Factory who’s  Paolozzi Lager was ordered with a freshly baked pizza !

Other member brewers include Belhaven, Bellfield , Harviestoun , McEwan’s Beer Co. and Tennent’s.  Please check them out and support them through the pandemic.

→  Disappearing Drinks (newsletter No.43) – thanks to response to the “Happy Days” query. The consensus seems to be that it was two thirds of light 60/- in a pint glass topped up from the wee nip bottle of Fowlers Wee Heavy. Apparently still popular into the 1980’s where ‘Heavy’ or ‘Special’ was preferred to ‘Light’ . Unfortunately, no confirmation if “Happy Days” was still being served anywhere – do you know ?

→ Lockdown Continues – One of the many consequences of the lockdown is that we have lost our ability to publish the SBAA Newsletter on line. We are also appealing to any members who would be willing to assist getting our Web based site up and running.

→ Like most of us,  we have never had so much time to tidy up around the house and shed. During such a tidy, committee member Richard Rees rediscovered this old “Cobb Self Sealing Bottle”. 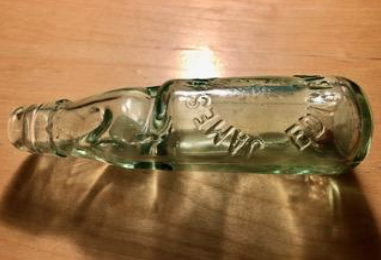 Although the history of the bottle appears to be relatively well known being made by the Portobello glass bottle manufacture Thomas Wood. It is embossed with the name James Heriot (no not the TV vet!) Edinburgh.  James Heriot is listed as an aerated water manufacturer, 18 Dumbiedykes Road. and there appears to be little else known about his activity. Did they Brew ?   Please let the us know if you have any bottles with a story in your collection.

→ Sad to report the death of Roger Ryman at the age of 52 after a battle with cancer. Roger was a highly respected brewer running St.Austell brewery. He will be best known to SBAA members for his time at S&N and Maclays Alloa.   We would like to welcome new SBAA member Adam Lloyd who is studying at the ICBD Heriot Watt.

A4. a) Beer dregs from Ancient Egypt b)  King Tut’s Ale

A5. George Younger from the Younger’s of Alloa brewing family.

Correspondence to the SBAA Secretary  ivor.reid@sky.com 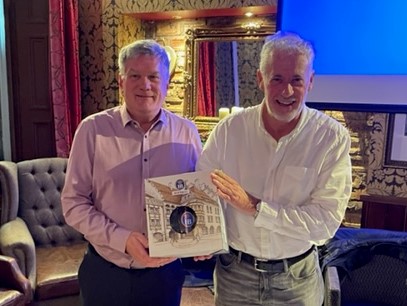