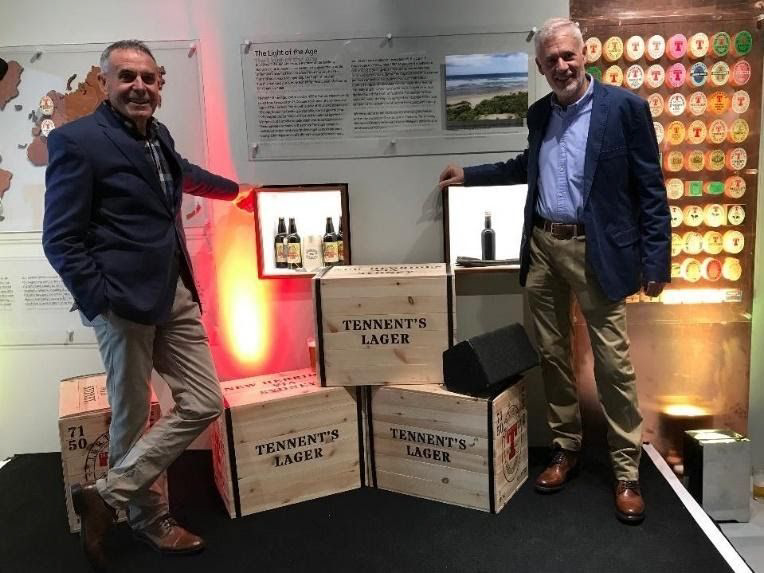 On November the 21st  2018 the new “The Tennent’s Story” experience officially opened at Wellpark Brewery in Glasgow. The event was the climax of almost three years work initially inspired to save some of the rich history and artefacts associated with Wellpark Brewery.

The new facility, straddling three levels of Parkhouse at the front of the Brewery, represents a seven-figure investment from Tennent’s and compliments the existing successful brewery tours. The “story” starts with the founder of the city St.Mungo and early brewing at the banks of the Molendinar burn. One of the highlights is a fantastic on screen visual animation showing the evolution of the area and the development of the brewery through the Centuries. Other visual effects include Hugh Tennent telling the story of Tennent’s Lager in an area dedicated to the brand. On the next level you can see favourite Tennent’s TV adverts from the 1950’s to the present day. Amongst the hi-tech features are displays of artefacts, memorabilia and personal stories from employees past and present. The “story” ends at the revamped tasting experience, which is home to the country’s latest Tennent’s Tank Lager installation – serving up brewery fresh pints of Tennent’s from impressive copper tanks filled with unpasteurised liquid straight from the brewery only a few hundred metres away.
Appropriately, the opening itself was performed by 91 year-old Donald Smith, who first visited the brewery stables with his drayman father in the early 1930’s.  Donald himself started work as a ‘cask cleaner’ in 1941 eventually retiring 48 years later as Distribution Director. Angus Meldrum, former Sales and Marketing Director, also spoke and the gathered guests were in awe of passion and knowledge of Tennent’s dynasty.

A surprise speaker at the opening was Jim Anderson, the deep-sea diver from Australia who recovered the Tennent’s bottle from the 1868 wreck (see previous SSBA Journal 2018 for the full story). Tennent’s flew both him and his wife from Melbourne to attend the ceremony, he proved to be a great ambassador, with radio stations and media picking up on his story.

It is expected that with the growing interest in the provenance of beer, and the rise in beer tourism, that the “The Tennent’s Story” will enhance both the Brewery and Brand, additionally contributing to the wider tourism business in Glasgow and beyond.

Below – Jim Anderson and Ivor Reid at the official opening, where the 1868 bottle takes pride of place in the export corner of “The Tennent’s Story” along with commemorative bottles of “shipwreck stout” specifically brewed for the occasion. 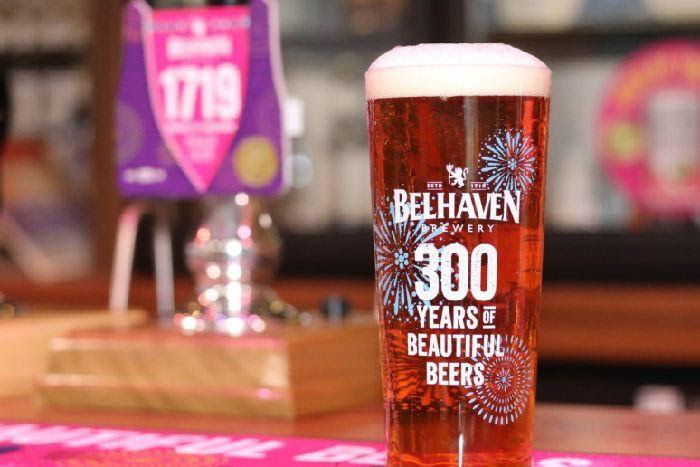 Belhaven Brewery and its 300th Birthday:

Belhaven Brewery (part of Greene King) marks its tricentenary birthday this year with a programme of celebrations, including the following.

It was only last year that Belhaven was named “Exporter of the Year” and awarded “Beer of the Year” for Twisted Grapefruit IPA at the Scottish Beer Awards.

Founded in 1719 by local man John Johnstone, Belhaven Brewery has been brewing from its historic brewery in Dunbar ever since. It took its name Belhaven, which means ‘beautiful bay’ from the stunning coastal location in East Lothian on which it resides.  Belhaven uses only the finest local Scottish barley, water from its brewery well, its own unique Belhaven yeast and the choicest of hops from around the world.

Raise Your Glass! at Haddington

The next brewing heritage exhibition in the “Raise Your Glass!” series will be held in Haddington, an East Lothian town noted for a long and honourable history of beer and the malting of barley.

The event in the John Gray Centre will be from the 19th January to the 23rd April 2019.

As in previous beer heritage exhibitions in Edinburgh, Alloa and Musselburgh, there will be information displays about brewing in Scotland in addition to more specific details relating to Haddington itself.

Head to the main streets at the heart of the town (Market Street and High Street), where you will find free parking (for 90 minutes). The John Gray Centre is at the top of the High Street, within easy reach of shops and cafés. 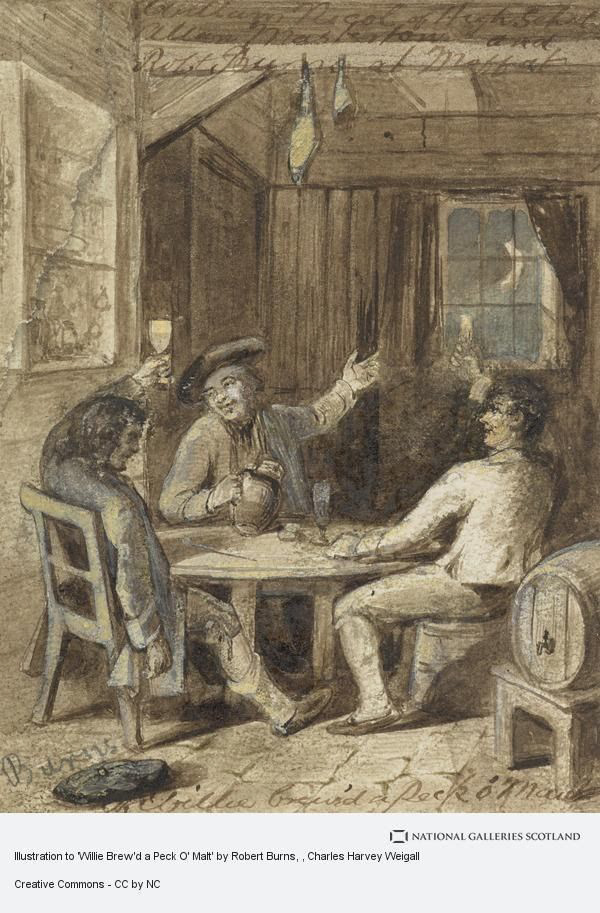 We are na fou, we’re nae that fou,
But just a drappie in our e’e!
The cook may craw, the day may daw,
And ay we’ll taste the barley-bree!

It is the moon, I ken her horn,
That’s blinkin in the lift sae hie:
She shines sae bright to wyle us hame,
But, by my sooth, she’ll wait a wee! 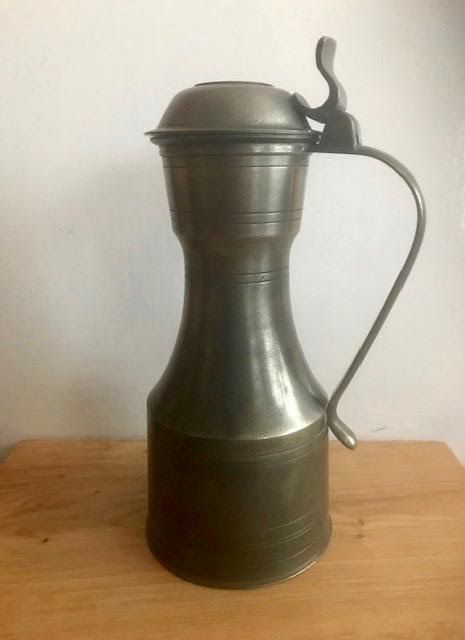 Some of you may remember an article that appeared in the SBAA Journal of 2014, titled Beer and Brewing in words that listed beer related words and meanings, that are no longer in use today. See page 47 in particular for the standardised measures in Scotland for fluids that were in place from 1661 to the introduction of the Imperial measurements in the 1824 Act of Parliament, although it took many years before the old measurements were phased out.

However during the SBAA year end social last year I was pleasantly reminded of this when one of our members (Brian Vesco) showed me a page from a booklet – Ale An A’thing that listed the liquid measures used in Scotland pre the Imperial Measures, as follows with extracts.

“The gill was smaller than the one we use today, and the mutchkin was approximately three quarters of an imperial pint. A Scotch pint contained about three English ones”.

“Spirits were popularly drunk in quantities from a part gill up to a mutchkin, and ale by the choppin”.

“The customers favourite was a half and a half (a quarter gill of whisky and a half pint of beer). There were those who liked to buy a full gill of whisky at once; this was particularly popular with farmers visiting the Saturday markets”.

“Although the measures were tested by Government officials, unscrupulous publicans sometimes gave short measures by putting a coin in the bottom”. 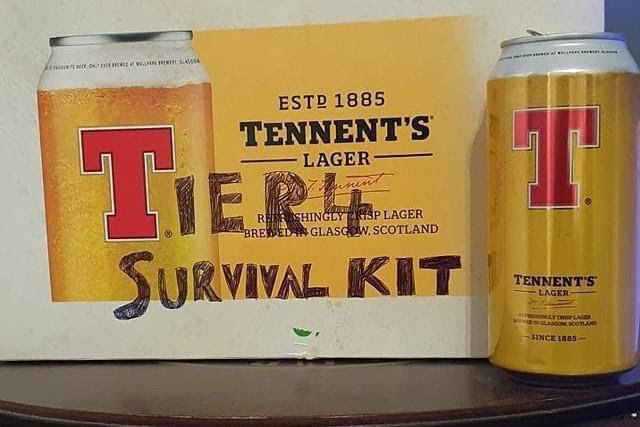 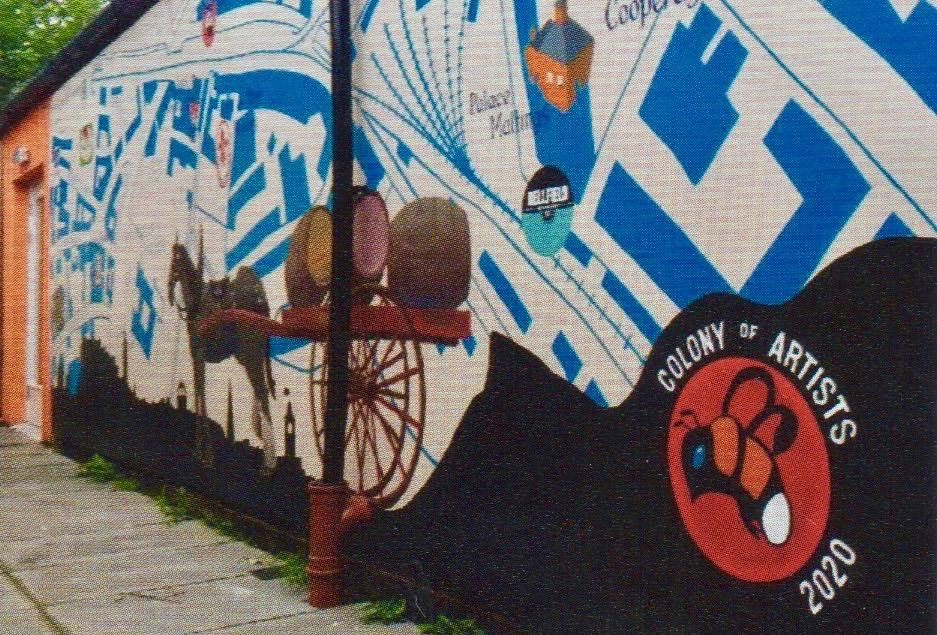